The Boddington West Project comprises one exploration licence application (E 70/5453) which covers an area of 9 Blocks (~26km2) within the Archaean Saddleback Greenstone belt in the Boddington Terrace of Western Australia, approximately 1km west of the Boddington Mine operated by Newmont. 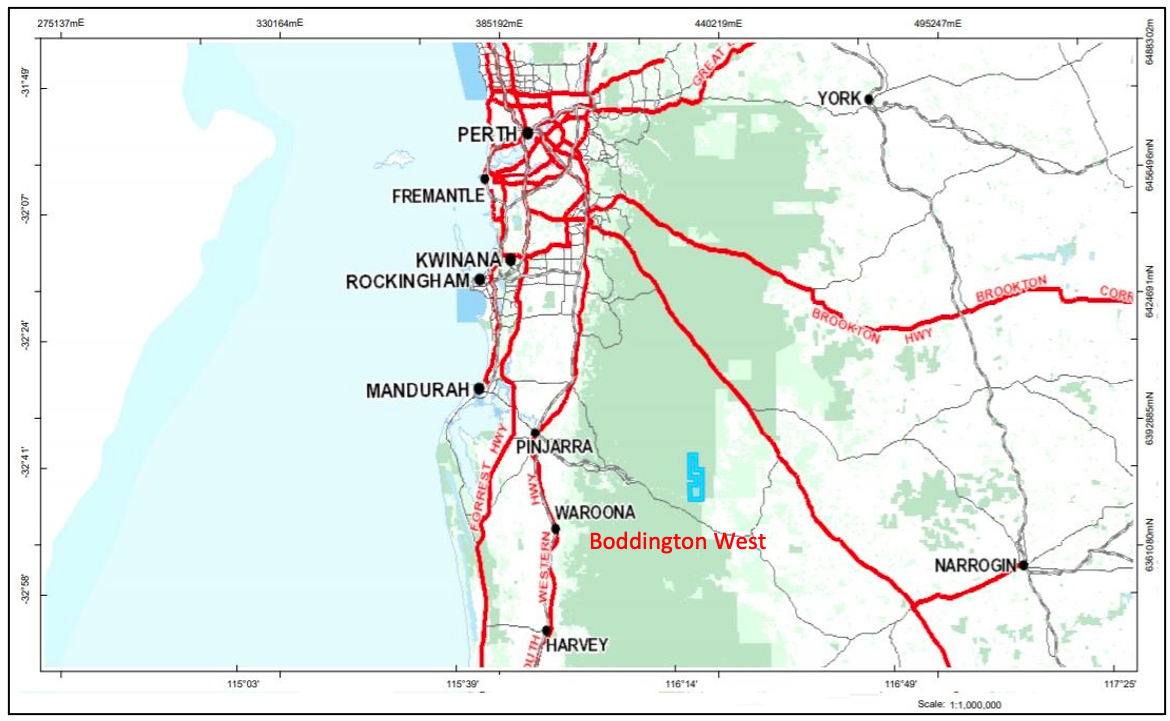 The Boddington West Project area covers the north-western parts of the north-westerly trending Saddleback Greenstone Belt, a fault-bounded, sub-vertically dipping sequence of Archaean mafic, intermediate and felsic volcanic and volcaniclastic rocks, dioritic intrusives and volcanogenic sedimentary rocks that have been metamorphosed to greenschist facies. The Belt is enclosed by granitoids and gneisses of the Boddington Terrane.

In general, the rocks are intensely weathered, typically to depths of 40-100m, and near-surface bodies of (sub-economic) bauxitic laterite cover much of the Project area.

The Boddington West Project area is hosted in Archean volcanic, volcaniclastic, and shallow-level intrusive rocks that form the northern part of the Saddleback greenstone belt, a fault-bounded sliver of greenstones located in the southwestern corner of the Yilgarn craton, Western Australia.

If E 70/5453 is granted, the Company intends to initially undertake detailed mapping of the Project area, followed by geochemical sampling, geophysics surveys and, if warranted on receipt of initial exploration results, drilling of targets identified.

Limited exploration has been undertaken within the Boddington West Project, with much of the exploration in the broader area focussed on exploration for additional tonnages surrounding the existing Boddington Mine.